Each UN document has a unique symbol at the top corner of the document, on the front or back cover, or on a title page.

All language versions of a document have the same symbol. 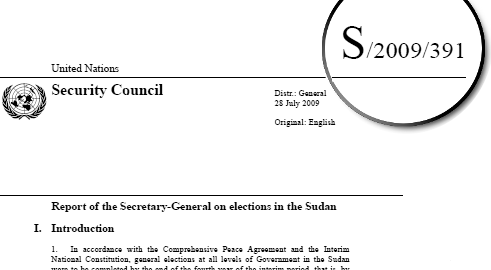 Symbols include both letters and numbers. Some elements of the symbol have meaning, while other elements do not.

In general, the symbol does not indicate the topic of the document.

Some bodies have a special series symbol that does not reflect the parent organ. For example:

Special components reflect the nature of the document:

The final component reflects modifications to the original text:

Many document symbols include sessional or year components following the body elements.

Subsidiary bodies generally follow the practice of the parent organ.

A more exhaustive list of symbols can be found in ST/LIB/SER.B/5/Rev.5, United Nations Document Series Symbols, 1946-1996.

UN document series symbols are a repeated pattern at the beginning of a symbol. They are assigned to:

*note: translations are from the UN Documentation Overview guide, which was revised in English in 2022. The UN Document Symbols guide will be translated as resources permit in due course.