Letters are a common type of UN document. They are used to formally inform the UN community of events and the outcome of non-UN meetings, to transmit reports or communications, and for a variety of other purposes.

The title of a letter indicates who sent it, when, and to whom.

If the letter is from a Member State, the letter usually specifies the body to which it is addressed and may specify the agenda item(s) under which it is submitted.

Various dates appear on letters. Each date indicates something different. 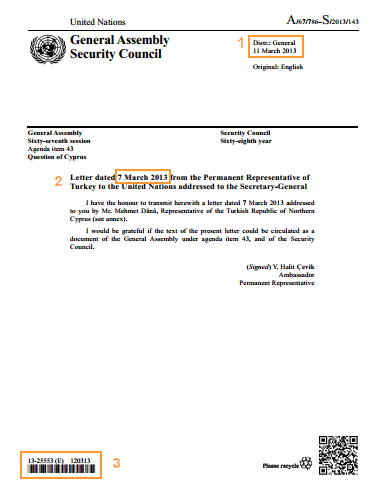