Charter of the United Nations

On 25 April 1945, delegates of 50 nations met in San Francisco for the United Nations Conference on International Organization. The delegates drew up the 111-article Charter, which was adopted unanimously on 25 June 1945 in the San Francisco Opera House. The next day, they signed it in the Herbst Theatre auditorium of the Veterans War Memorial Building. The Charter came to force on October 24, when the approved by their congresses or parliaments. Dur: 6:31-- Producer: US Information Agency 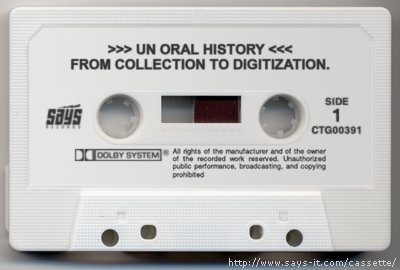 The UN Oral History is a collection of audio recordings  and transcripts of interviews with eminent persons who were witnesses or participants in various major events in the life of the organization during the period 1945 to 2005.

Interviews were conducted by United Nations staff and Yale University researchers on events surrounding the founding of the Organization, crises and wars of independence of selected Nations, and the First Gulf (Iraq) War and its aftermath.

The collection represents a special and primary source  of information of value to researchers, the press and  the general public on the role of the United Nations during this turbulent time in world affairs.

Leaders of the world welcome and sign the UN Charter

UN photos may be used to further the aims and work of the United Nations. They cannot be used for advertising, marketing or in ways which are inconsistent with the Organization's mission. UN photos cannot be altered, sold, redistributed or used to create derivative works.

For more information about the Copyright and permissions, Visit the UN Photo Guidelines Website