What is an INDC?

Countries across the globe adopted an historic international climate agreement at the U.N. Framework Convention on Climate Change (UNFCCC) Conference of the Parties (COP21) in Paris in December 2015. In anticipation of this moment, countries publicly outlined what post-2020 climate actions they intended to take under the new international agreement, known as their Intended Nationally Determined Contributions (INDCs). The climate actions communicated in these INDCs largely determine whether the world achieves the long-term goals of the Paris Agreement: to hold the increase in global average temperature to well below 2°C, to pursue efforts to limit the increase to 1.5°C, and to achieve net zero emissions in the second half of this century. (source: http://www.wri.org/) 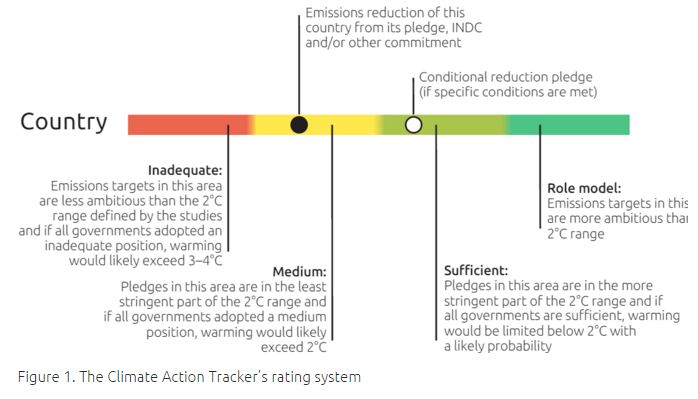 The Climate Action Tracker compares countries according to a rating on "Comparability of effort".