Skip to Main Content
It looks like you're using Internet Explorer 11 or older. This website works best with modern browsers such as the latest versions of Chrome, Firefox, Safari, and Edge. If you continue with this browser, you may see unexpected results.
Welcome to the United Nations
Language: 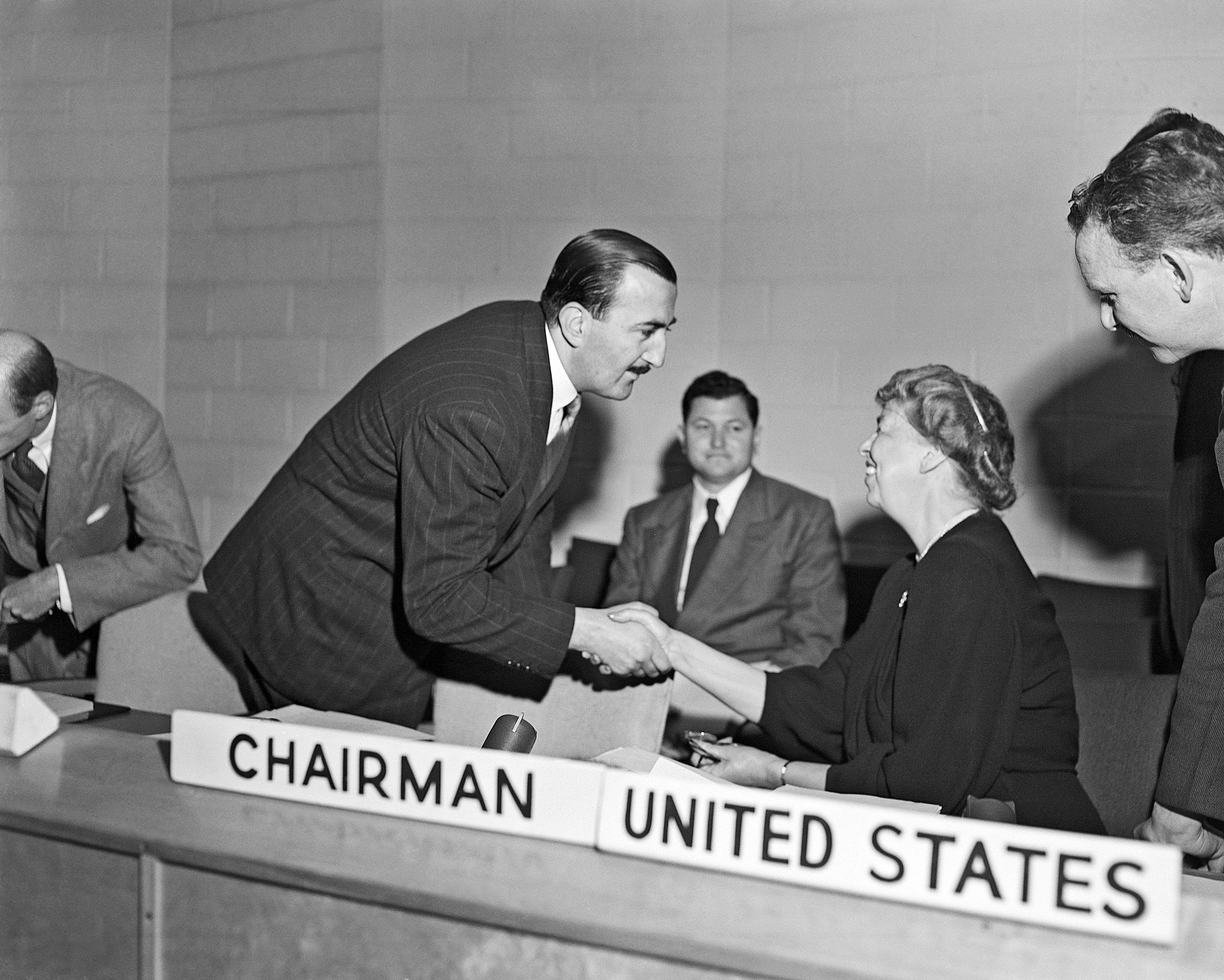 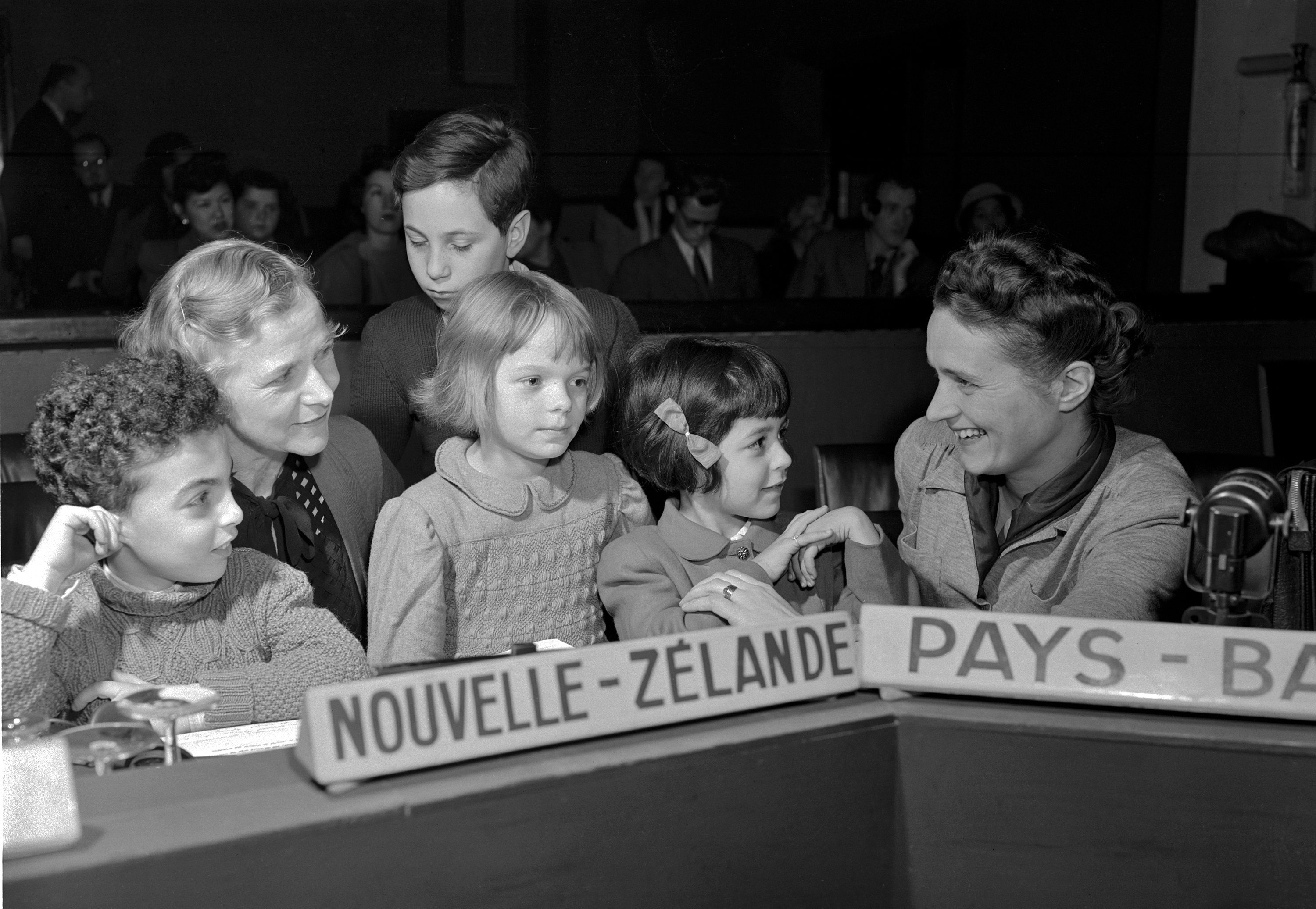 What Are Human Rights? 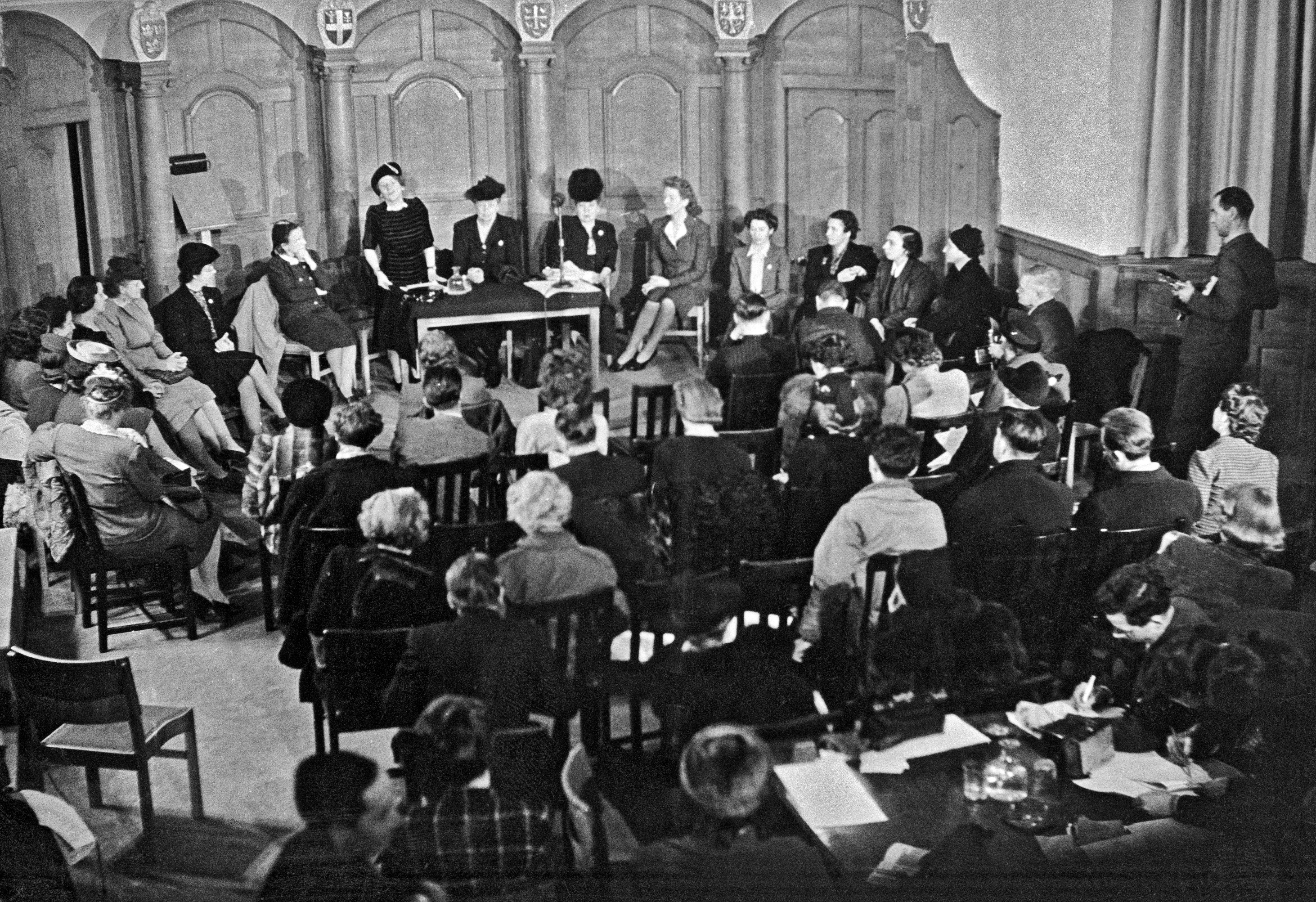 UN Photo/Marcel Bolomey, #71053. During the session, Mrs. Eleanor Roosevelt called a meeting of women delegates to address an Open Letter to the Women of the World. 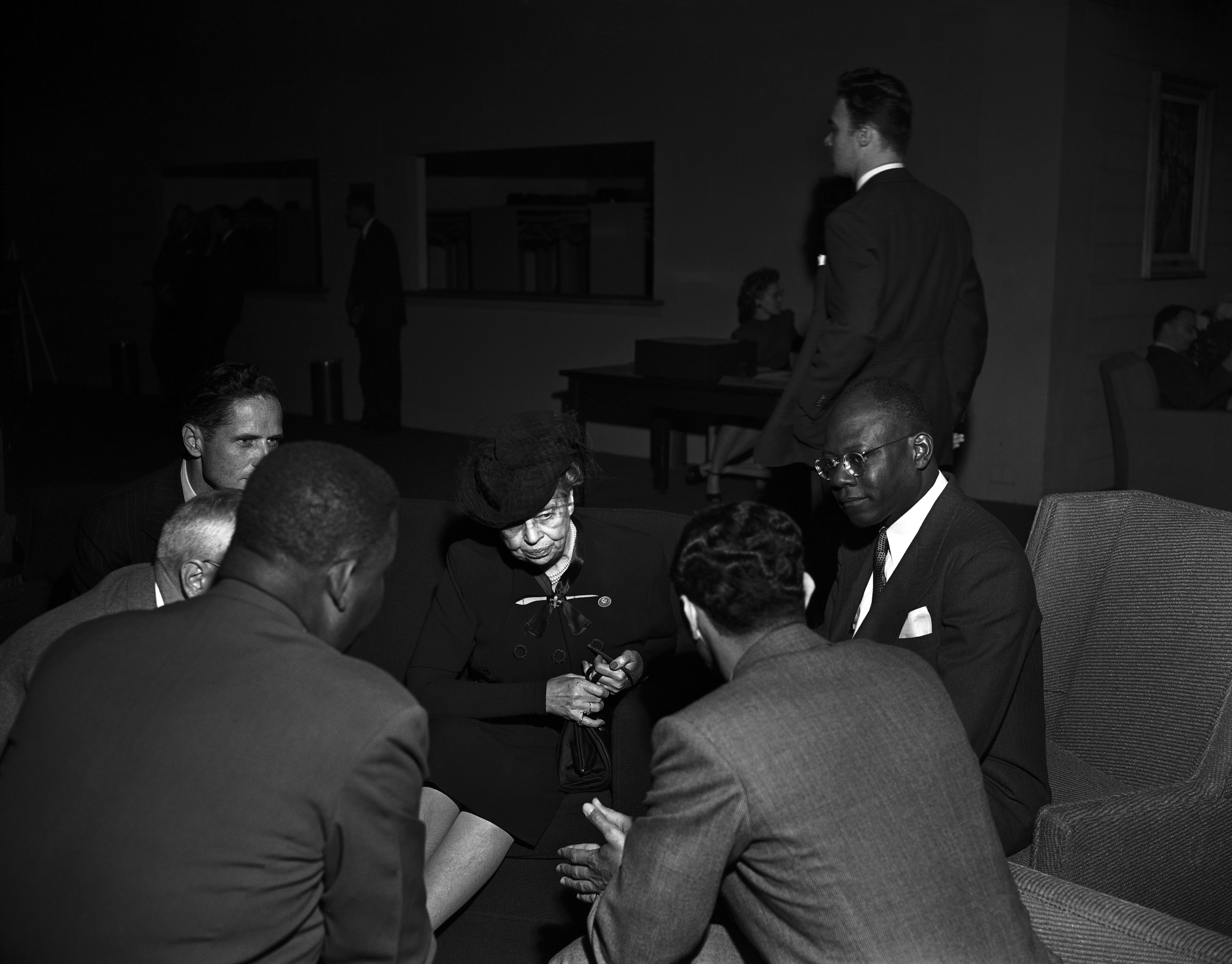 The importance of discussing an international human rights instrument under the auspices of the United Nations was initially proposed during the drafting of the UN Charter in 1945. Due to time constraints, the idea was recommended to the UN General Assembly for further consideration.

The Economic and Social Council (ECOSOC) of the United Nations in 1946 established the Commission on Human Rights with the mandate to submit recommendations, proposals and reports to the Council regarding an international bill of rights (E/RES/5 (I)). The Commission subsequently established a Drafting Committee to produce the human rights instrument.

The Commission held three sessions from 1946 to 1948.  The drafting process was a gruelling effort, involving the consideration of numerous reports and documents from governments, non-governmental organizations, and petitioners of human rights.

During the first session, the Drafting Committee discussed and rejected a draft outline by the Secretariat (E/CN.4/AC.1/3) and presented their initial report to the Commission (E/CN.4/21).

During the Human Rights Commission’s second session, three working groups were formed to discuss the various elements of an international bill of human rights: a declaration, a convention, later renamed covenant, and the measures of implementation; these elements were presented in its report to ECOSOC (E/600).

The Commission completed the drafting of the international bill of human rights at its third session, based on the Drafting Committee’s work (E/CN.4/95), and submitted the proposed text of an International Declaration on Human Rights to ECOSOC for its consideration (E/800). After concluding its deliberations on the draft text, ECOSOC subsequently transmitted it to the General Assembly (E/RES/151 (VII)).

The General Assembly’s Third Committee held 84 meetings to discuss the proposed text and, after considering 168 draft resolutions with numerous amendments, finally adopted the Draft Universal Declaration of Human Rights and recommended it to the plenary for adoption (A/777).  The plenary of the General Assembly subsequently discussed the draft text and, after voting on several last-minute amendments, adopted the Universal Declaration of Human Rights by resolution 217 (III) on 10 December 1948.

The General Assembly considered the adoption of the Declaration “an historic act, destined to consolidate world peace through the contribution of the United Nations towards the liberation of individuals from the unjustified oppression and constraint to which they are too often subjected”.  Member States pledged to take progressive measures to ensure the effective enjoyment of all human rights and fundamental freedoms among all peoples living in their countries and territories.