The UN military and police senior leadership of the Department of Peace Operations has released a new online video which promotes both knowledge management and organizational learning in peacekeeping within troop and police contributing countries, through the use of the Deployment Review Mobile App. The video stresses the vital role of both police and military senior leadership in the creation of an enabling environment for uniformed personnel to collect, share and integrate lessons learned into policies, procedures and trainings. You can view the video in English here, and with French subtitles here.

Senior officials and managers of national training centres are encouraged to use the Deployment Review App’s lessons learned methodology and templates (in English and French) to improve and optimize training, preparation, and support of their future deployments.

The following Training of Trainers (TOT) and other courses will take place during the coming quarter:

In accordance with Security Council resolution 2436 which underpins the need for adequate training and equipment in order to ensure the effective implementation of peacekeeping mandates; and Security Council resolution 2518 which calls for Member States to take action to help enhance training for UN peacekeepers – ITS will conduct TOT courses on the specialized training materials (STMs) for UN Infantry Battalions (UNIBAT) in Entebbe and Uruguay.

The Strategic Guidance Framework for International Policing (SGF) aims to enhance the effectiveness of UN policing through consistent approaches to the provision of public safety, police reform and support to host-state services, and to ensure police trainers possess the necessary specialized skills and competencies to meet contemporary peacekeeping demands and challenges. As part of efforts to operationalize the SGF, ITS will conduct training courses for individual police officers, police commanders, and formed police unit command staff in an effort to increase the pool of available certified instructors who can assist DPO in the roll-out of the newly developed STMs for UN Police (UNPOL) to Member States.

In accordance with Security Council Resolution 2272, which underpins the need for Member States to strengthen sexual exploitation and abuse pre-deployment training of troop and police contributors to UN peacekeeping operations and urges further efforts by all T/PCCs to deliver robust sexual exploitation and abuse pre-deployment training, ITS will conduct TOT courses for National Investigation Officers (NIO) in Australia, Entebbe, and Peru. The courses aim to qualify Member State trainers to deliver training to UN standards to NIO practitioners through their respective peacekeeping training institutions. The course has been developed to ensure NIO practitioners are able to determine if an allegation of misconduct is substantiated or unsubstantiated through the undertaking of impartial investigations.

ITS continues to conduct TOT courses on Military Peacekeeping-Intelligence for Member States’ trainers to deliver training at UN standards to military intelligence officers appointed to serve at the Force (U2), Sector (G2) and Battalion (S2) levels in UN peacekeeping operations.

ITS continues to conduct training to further enhance the mindset, accountability and capacity of UN senior leaders in accordance with the recommendations of the Cruz Report on peacekeeping fatalities and injuries:

The ITS training calendar for 2022, available here, provides information on upcoming training courses for Member States, course requirements including language and the intended audience. Calls for nominations will continue to be made through respective Permanent Missions, which will in turn send their T/PCC nominations to ITS.

The Department of Operational Support (DOS), Department of Peace Operations (DPO) and Department of Political and Peacebuilding Affairs (DPPA) promulgated a new Environmental Policy for Peacekeeping Operations and Field-based Special Political Missions which requires missions to ensure sound environmental practices and fully consider the environmental impact of their operations and to reduce overall environmental footprint of missions. It outlines minimum performance standards and respective roles and responsibilities within the mission. All field missions with some or full operational control of their sites/facilities are covered by this policy. The new policy can be downloaded here.

The new handbook provides DDR practitioners with practical guidance to design tailored disarmament and weapons and ammunition management initiatives as part of integrated DDR processes. The handbook draws upon good practices and innovative approaches developed in the field, as well as international standards and guidelines. This second edition reflects the launch of the revised Integrated DDR Standards and the new Modular Small-arms-control Implementation Compendium module on ‘Small Arms and Light Weapons control in the context of DDR’ as well as need to ensure consistent gender mainstreaming and the integration of youth considerations. The handbook is available for download in English, French and Spanish.

This new SOP is based on international standards and guidelines to support mission personnel in implementing efficient, safe and secure disarmament operations and transitional weapons and ammunition activities as part of integrated DDR processes. The SOP serves as a global blueprint for the development and enhancement of mission-specific DDR processes, providing guidance on the collections, handling, storage, transportation and disposal of weapons and ammunition in the context of DDR. The new SOP can be downloaded here.

The Specialized Training Materials on Training of Trainers (2022) provide trainers and facilitators with the knowledge and skills needed to effectively prepare and deliver pre-deployment and other UN peacekeeping training. The STMs include five modules: training cycle, training design & theories of learning, training evaluation & reporting, lesson development, and training delivery. The newly released French version can be downloaded here.

The Environmental Management Handbook for Military Commanders in UN Peace Operations is an essential guide for military commanders and staff deployed to peace operations and discusses expectations from deployment preparation through repatriation/rotation as well as identifying good practices and roles and responsibilities. This first edition has been drafted in accordance with the DOS Environment Strategy for Field Missions (2017-2023) and the DPKO/DFS Environmental Policy for UN Field Missions and jointly between the Office of Military Affairs and the Department of Operational Support Environment Section. The handbook will provide military commanders with practical guidance on environmental management actions in peace operations to improve environmental performance and risk management in an effective manner. The handbook can be downloaded in Arabic here.

This handbook on Protection of Civilians (POC) in UN Peacekeeping incorporates a more comprehensive reference guide on a variety of protection topics that all components will be able to turn to when faced with questions about how to effectively use protection of civilian’s processes and tools. The handbook also provides a series of case studies from the past 20 years, since the first explicit POC mandate in UN peacekeeping., illustrating best practices in implementing POC principles and tools, ranging from the tactical level to strategic planning and communications. The handbook can be downloaded in French here.

Following the Training of Trainers in Supervisory Skills Training (SST) course held as part of a certification programme for missions in March 2019, other training interventions through webinars, video-conference sessions and reading assignments were conducted for mission trainers in fulfillment of the requirements of the initiative. The series of interventions were later followed up with practical application through the delivery of the course in UNIFIL, from 18-21 June 2019 and UNMISS from 25-28 June. With the completion of the certification programme, the pool of trainers available to deliver the course has been increased, with attendant positive impact on cost efficiency in the delivery of training for peacekeeping personnel across the field and other UN offices.

The Integrated Training Service continued its support to the strengthening of the skills of staff of the Department of Operational Support through the organisation of a course on Training Skills for members of the Client Support and Special Situations Section and Capacity Building and Operational Training Service, from 23-27 September 2019. The course, which aim was to equip the staff members with the ability to deliver training programmes to various audiences using participatory, practical and trainee-oriented methods, was conducted in addition to a Facilitation Skills training held for a similar group of DOS staff in May 2019

To strengthen the capacity of trainers in the field and ensure that they are adequately equipped with the knowledge, skills, and behaviour required to perform their duties, ITS conducted a series of courses for trainers drawn from peacekeeping and special political missions. The courses held in March 2019, included the Conduct of Exercises to Strengthen Mission Performance; Management of Learning & Presentation Skills; Monitoring and Evaluating Training Programmes using Participatory Methodologies; and Training of Trainers in Supervisory Skills Training. Of particular mention is the Supervisory Skills Training (SST) which is conducted as a certification programme for increasing the pool of mission trainers that are capable of delivering supervisory skills training for supervisors and managers in the field thereby enhancing the management of resources. The skills of the SST trainers are further being strengthened through follow-up webinars and video-conference sessions as well as practical application of the skills gained.

Several participants of the series of training expressed their delight at having the opportunity to enrich their knowledge and receive guidance on various methods to be used in reaching out to other mission personnel. They also indicated their commitment to put the lessons learnt into practice. ITS also plans to deliver the second batch of a course on Mission Staff Officers Planning Process at the end of April. The first course on the subject held from 21-25 January 2019, targets the strengthening of the skills of Staff Officers (SOs) in military planning and decision making in peace operations. Those trained are to deliver similar courses for other Staff Officers with the goal of enhancing mandate implementation.

The Integrated Training Service facilitated the strengthening of the skills of new members of the Capacity Building and Operational Training Support of the Department of Operational Support through the organisation of a course on Training Skills & Management of Learning from 11-15 February 2019. The course, which was well received by participants is to equip them with the ability to deliver training programmes to various audiences using participatory, practical and trainee-oriented methods. Other activities to be held by ITS in May, to support the enhancement of the skills of DOS staff include the delivery of Facilitation Skills courses for the Client Support and Special Situations Section and Environment Officers & focal points.

The Integrated Training Service (ITS) of DPKO-DFS conducted training enhancement visits to the five high risk missions - MINUSCA, MINUSMA, MONUSCO, UNAMID and UNMISS in May-June 2018. The major goal of the visits was to provide strategic and operational guidance to the enhanced and efficient delivery of training and other learning initiatives for mission personnel.

This included working with mission leadership to identify areas where specific training support may be needed for uniformed and civilian components, provision of immediate support to the Integrated Mission Training Centres (IMTCs) in identifying training needs to support implementation of the dos Santos Cruz Report; identifying key gaps in pre-deployment training and enhancing IMTC capacity to deliver mandate-related training and meet DPKO-DFS training standards and priorities.

The Integrated Training Service of the Department of Peacekeeping Operations (DPKO) and the Department of Field Support (DFS) supported a ToT in Field Crisis Management (FCM) course held in Entebbe in September 2018 for mission personnel with invitations to DPA led missions.

The objective was to provide relevant field personnel with an opportunity to systematize and further enhance their crisis management capabilities, while requesting that they subsequently impart that knowledge and skills to others. The FCM Course coincided with the roll of the Essential Capabilities for Crisis Management and the Crisis Management Simulation Exercises Design Manuals.

The manuals were officially released on Policy and Practice Database onOctober 18 and are accessible by all missions. Planning for the next FCM course likely to begin in Feb/Mar 2019. 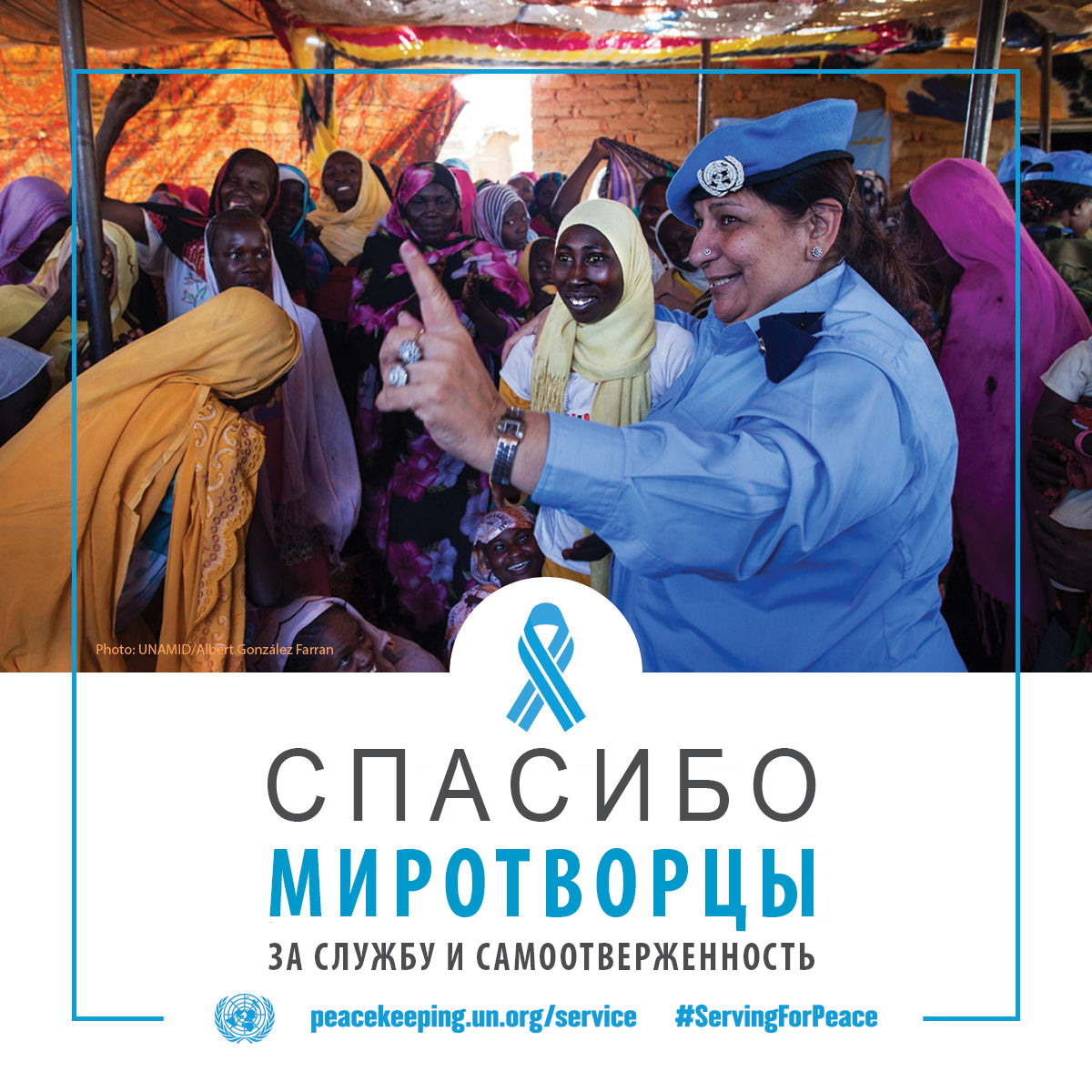