Landmines and Explosive Remnants of War

The Convention was concluded by the Dublin Diplomatic Conference on Cluster Munitions on 30 May 2008.

The Convention on the Prohibition of the Use, Stockpiling, Production and Transfer of Anti-Personnel Mines and on their Destruction was concluded by the Diplomatic Conference on an International Total Ban on Anti-Personnel Land Mines at Oslo on 18 September 1997.

Adopted by the United Nations Conference on Prohibitions or Restrictions of the Use of Certain Conventional Weapons which may be deemed Excessively Injurious or to Have Indiscriminate Effects, held in Geneva from 10 to 28 September 1979 and from 15 September to 10 October 1980. In 2001, the Convention was amended at the Second Review Conference of States Parties.

Created by the Dag Hammarskjöld Library & the UN Library Geneva in collaboration with UN Mine Action Service, this guide provides information on landmines, explosive remnants of war, & other weapons of societal disruption. 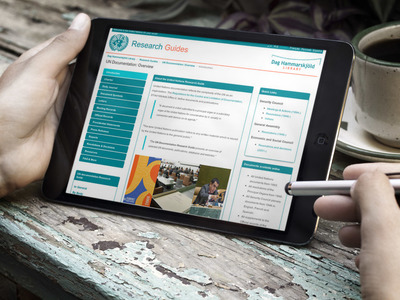