On 20 October 1947 the General Assembly adopted resolution 167 (II) on the United Nations Flag.

Description: The official emblem of the United Nations in white, centered on a light blue background (colour code PMS 2925 in the Pantone Matching System).

Proportions: Hoist (width) : Fly (length) 2:3 or 3:5 or the same proportions as the national flag of any country in which the UN flag is flown. The emblem is one half of the hoist and is entirely centered. 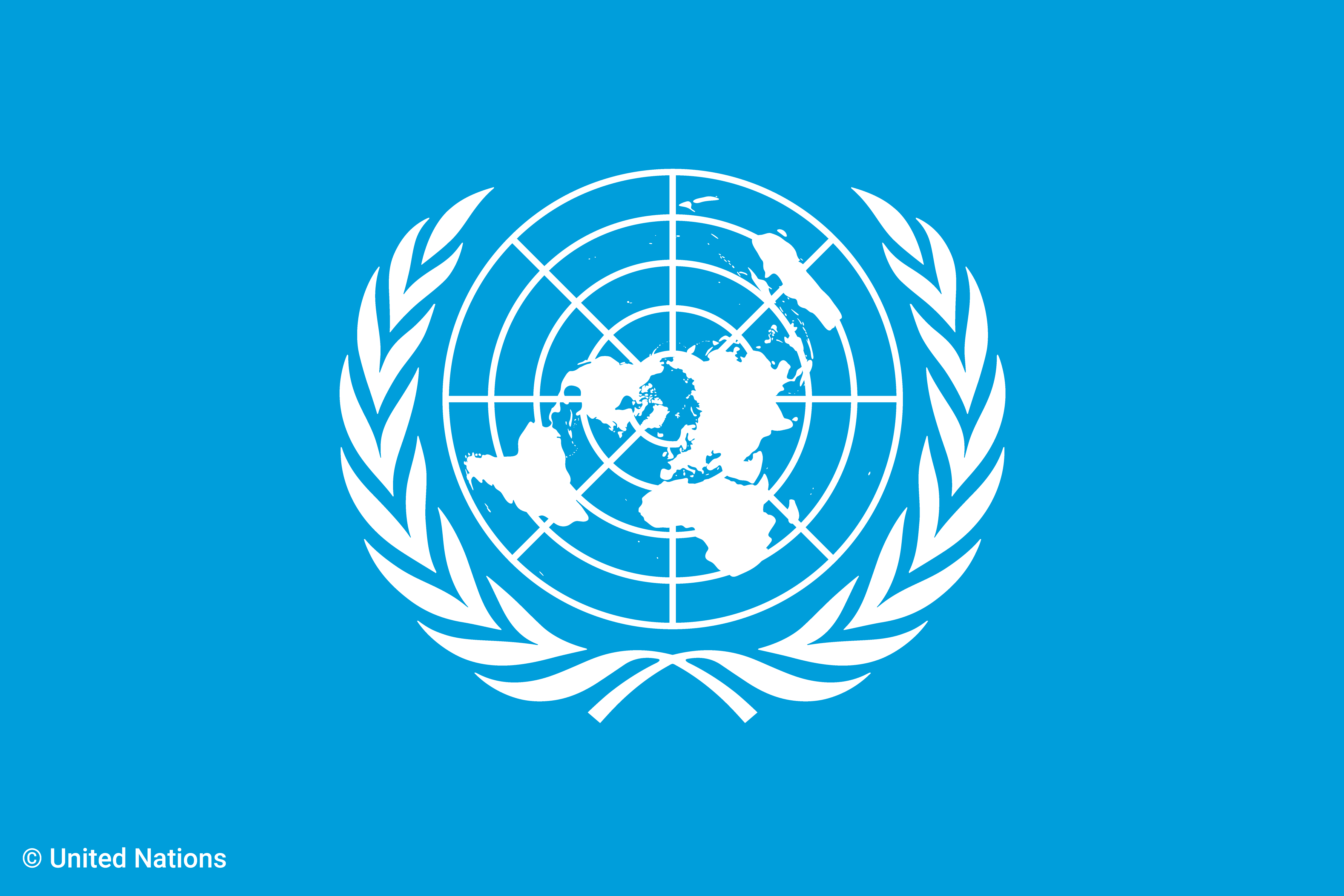 The emblem of the United Nations was approved by General Assembly resolution 92 (I) of 7 December 1946.

Description:  The design is "a map of the world representing an azimuthal equidistant projection centered on the North Pole, inscribed in a wreath consisting of crossed conventionalized branches of the olive tree, in gold on a field of smoke-blue with all water areas in white. The projection of the map extends to 60 degrees south latitude, and includes five concentric circles" (A/107).

Symbolism: The olive branches symbolize peace. The world map depicts the area of concern to the United Nations in achieving its main purpose; peace and security.

Use: The use of the emblem is restricted. The restrictions are based on the following documents: